You are here: Home / About Us

Advisio is a young brokerage firm established in 2010. We thrive to deliver high added value to our clients, through a range of innovative global solutions. Our services are driven by client’s needs and always entail tailor made solutions.

We are a leading brokerage firm in distribution of corporate specialty casualty insurances in the region of Slovenia and wider Central and Eastern European region.

We are offering retail, wholesale as well as reinsurance services.

„We believe every company is only as good as the people creating those companies. We believe Advisio ensures quality service and added value to our clients, through a combination of our know-how and experience, personal determination, variety and success track record of our experts. ADVISIO stands for a work environment of client dedication, integrity, transparency, innovation, superior services and moral values.“
Advisio team 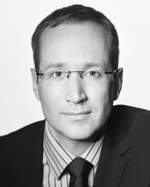 Dejan joined Advisio as a founding member in September 2010.

Dejan has over 15 years of property/casualty insurance and reinsurance experience. He began his career with Triglav Insurance Company, Slovenia, after graduating Economics from Ljubljana University of Economics. He continued with postgraduate studies of Insurance Finance at the same university.

He started as a Commercial Property and Casualty Producer. Dejan joined Corporate Client department of Triglav Insurance Company’s head office in 2003. He experienced broad field of property and casualty issues when dealing with key clients. During this time he gained international experience by supporting multinational clients with international placements.

Until 2010 Dejan worked as Head of Property Reinsurance at Triglav Re. His main activities were facultative placements and management of proportional property treaties of Triglav Group companies. He also developed inwards reinsurance business in the Middle East, Russia & CIS and Asian insurance markets. 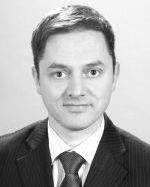 Samo joined Advisio as a partner in January 2013.

Whilst at Sava Reinsurance Company, Samo initially worked as an underwriter in the field of reinsurance and was subsequently promoted to reinsurance manager. He was promoted to Client Manager for Slovenia, the Western Balkans, Africa and India in 2005. He was responsible for marketing and underwriting of treaty and facultative reinsurance, assessment of property risks, claims management for large property losses and development of new property insurance products. From 2009 onwards, he was Director of the retrocession and reinsurance of Sava Re Group, and from 2011, the project manager of facultative property insurance from the area of former Soviet Union. In the period 2003 – 2007 and 2011-2012 he was a member of the Supervisory Board of Sava Reinsurance Company and from 2009 – 2012 Member of the Supervisory Board of Sava Life (Serbia).

He is a member of the ” Professional Liability Underwriting Society (PLUS)”. 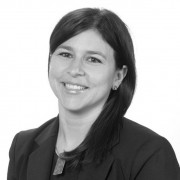 She graduated as engineer of mathematics from the Faculty of Mathematics and Physics of the University of Ljubljana.

During her studies she gained marketing and analytical experience in a multinational enterprise, Hyundai Motor Company’s Office in Ljubljana. From 2003 and for more than ten years she has been working in the marketing and PR department at Hyundai Avto Trade d.o.o., general importer and distributor of vehicles Hyundai in Slovenia, as an organizer of marketing, PR and after-sales activities with an emphasis on market research and analysis.
Before joining Advisio she has spent two years in Australia, where she gained much international experience.

She speaks Slovenian and English language. 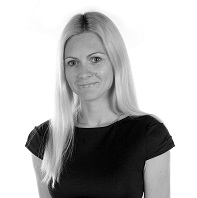 She improved her legal knowledge and became acquainted with the case law at the Higher Court in Koper, where she was employed. She improved her knowledge of English with her education at the Harrow House International College in England, where she obtained the Certificate of studies.

Before joining Advisio, she successfully passed State Bar Exam in 2017.

She speaks Slovenian, English and Croatian. 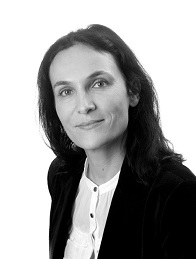 In 2000 she graduated with honors from the Faculty of Law in Maribor. She completed her two-year internship at the Celje Higher Court. In 2002, she passed the bar exam and took a job at Slovenian insurance company as a lawyer. For three years, she represented the insurance company in compensation and other legal matters, advised on the development of insurance products, policy wordings, participated in the preparation of insurance conditions and other general acts, and conducted recourse proceedings at the insurance company. From 2005 to June 2019, she was employed as an attorney at established Slovenian law firm, mainly in the areas of compensation, insurance, civil law and labour and criminal law. She has represented clients in court and before other government authorities, writing applications and drafting contracts, verifying the legality of documents, contracts and general terms of insurance companies and other legal entities, participating in mediation proceedings, and providing legal advice to clients.

She speaks Slovenian, English and Croatian.

After graduating his university studies in economics at the Faculty of Economics in Ljubljana, he joined SEC – First Credit Insurance Company Inc. in 2004 as an intern, where beside his main occupation as Senior Account manager, he participated also in the development of the internal IT system and online platform PKZ-Net, was involved in the development of the General Terms and Conditions and after the sale of the insurance company to the multinational company Coface actively cooperated in integration. 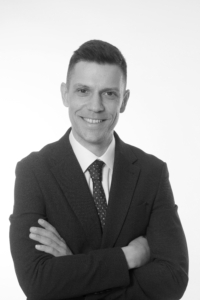 In 2014 Tomaž graduated from the Faculty of Arts at University of Ljubljana. He gained experience in the insurance industry during his studies. After graduating, Tomaž joined one of Slovenian insurance company where he worked for 7 years as a commercialist and customer acc

He speaks Slovenian, English and Croatian.

Delivering excellent services with utmost integrity and addressing our client’s needs by providing them global tailor made solutions.

To become the insurance and risk management services provider of choice in the Region.